Putting in a full day of work, more than 50 Redskins alumni, along with 150 local volunteers, helped build a playground in Oxon Hill, Md. that will serve 1,800 children in the community. Ask any of the Redskins alumni on hand Saturday morning and afternoon in Oxon Hill, Md., about growing up with a playground, and they'll quickly explain that nothing they had could quite match what they just helped build.

For many, the spaces in which they played involved cement yards, a few open fields, maybe a rusty swing set, the kind that squeaked on every push, and, if you were as lucky as former linebacker London Fletcher, some monkey bars and a basketball court.

Nothing came close to what more than 50 of them, along with 150 other local volunteers, helped erect over the course of several hours in an empty lot at Southern Marketplace.

With the help of national non-profit KaBOOM! and Bender Foundation Inc., the Washington Redskins Charitable Foundation and the United Way of the National Capital Area partnered with Southern Avenue Associates and Prince George's County Social Innovation Fund to build a new playground for the kids of the Oxon Hill community.

Unlike the asphalt parking lot around its perimeter, the space was transformed into a colorful, safe and eventually greener piece of land, using 135 cubic yards of mulch to lay a foundation for jungle gyms, slides, see-saws and even a small rock-climbing wall. In celebration of the 50th anniversary of the Super Bowl, this Hometown Huddle project donned silver and gold furnishings and team insignia.

"I know how important something like this is," Fletcher said. "To be able to take part in this makes me feel good."

In conjunction with KaBOOM!, United Way and the Bender Foundation, the WRCF hosted Redskins alumni and their guests for a community service project in Oxon Hill, MD, which included building a playground for the community.

As a kid growing up in Cleveland, Fletcher described his local playground as an important alternative to stay out of trouble. Where he stood -- raking, shoveling and hammering -- in an urban environment that offered little room for recreational opportunities, a small playground like this promises to extend the same kind of option.

"You're in a city, in an urban environment, so in a lot of cases, there's just not space for playgrounds -- there's buildings and construction going on," former running back Lonnie Perrin said. "A lot of the playgrounds are old and kind of outdated, so they need to be updated. This a great thing KaBOOM! does."

"This is so important to this community," Beth Myers, a property owner of Southern Marketplace, said. "This has given us such a positive sense that [the kids] deserve."

Of course, none of it would have been possible if not for the collective efforts that pushed through the early morning and into the late afternoon.

The team of volunteers, led by Katie Applebaum, a project manager for KaBOOM!, worked tirelessly to get the playground up and running before the day ended. That involved everyone's help – spreading out the mulch, positioning play structures with concrete, hammering together wooden benches and tree liners – with some motivational music, providing a morale-boosting soundtrack to what at times felt like a neighborhood block party.

"It's always good to see the guys you played with and do some volunteer work," former running back Timmy Smith said. "It's giving back."

"When you come out with a group of guys that played, you all have one thing in common. You laugh," Hall of Fame safety Ken Houston said. "I wasn't expecting this. You see all the wives, you see the community and you know what the purpose is. To me, that's what life is all about."

Eventually the beneficiaries of the hard work, the kids, began to filter into the lot, dancing and looking with optimism at a new place to call home after school and on the weekends, somewhere that will invite the 1,800 children in the community to experience what their childhood should really be about.

"When you have the right idea, the right infrastructure and enough volunteers, you make some things happen very quickly," said Tonia Wellons, executive director of the Prince George's County Social Innovation Fund. "Our model -- we like to get in and do things fast. We don't have a lot of time to waste. This is something the community needs now and we want to make sure we support it. We're hoping this is the beginning." 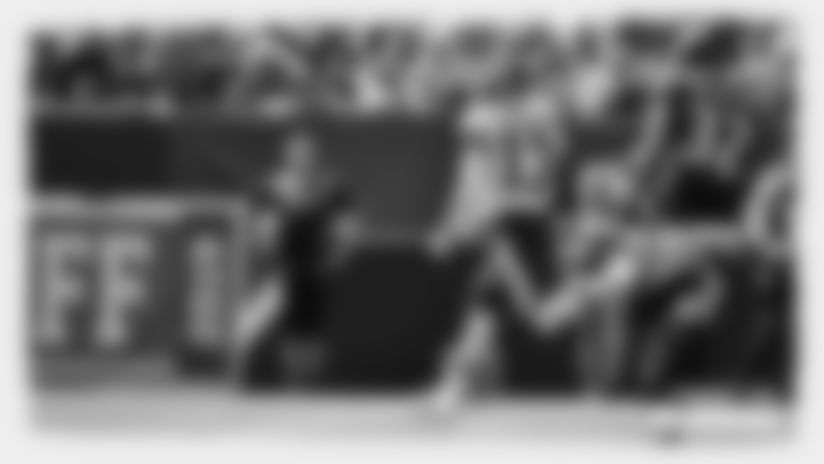