A list of stats and notes from the Washington Redskins' 24-21 victory against the Chicago Bears at Soldier Field, as compiled by Redskins Public Relations. "Redskins-Bears Monday Stats Pack" is presented by BDO by the Numbers. People who know, know BDO.

The 300-yard passing performance was Cousins' fifth of the season, adding to his career high and tying a franchise record set three times previously (Sonny Jurgensen in 1967, Jay Schroeder in 1986 and Mark Rypien in 1989). * Cousins extended his career-long streak of games with a touchdown pass to 13. He is the first Redskins quarterback to open a season with a touchdown in 13 consecutive games since Pro Football Hall of Famer Sonny Jurgensen in 1967. * Cousins (13) moved into sole possession of the third-longest streak of games with a passing touchdown in team history, trailing only Jurgensen (23 from 1966-68) and Joe Theismann (15 from 1984-85). * Cousins entered the game as one of four NFL quarterbacks to have thrown a touchdown in every game this season (Blake Bortles, Tom Brady and Russell Wilson). * Cousins has now recorded a passer rating of 100.0 or better in three consecutive games for the first time in his career. * With his 24 receptions on the day, Cousins (554) moved past No. 12 Norm Snead (531), No. 11 Eddie LeBaron (529), No. 10 Mark Brunell (542) and No. 9 Brad Johnson (544) for ninth-most career completions in franchise history. * Cousins (314) exceeded the 300-completion mark for the season, the fourth 300-completion season in team history, joining Jason Campbell (315 in 2008 and 327 in 2009) and Brad Johnson (316 in 1999). * Cousins has recorded a passing touchdown and a rushing touchdown in a single game on four occasions this season. Entering Sunday, Cousins was tied for second-most such games among NFL players this season, trailing only Carolina's Cam Newton (six, entering Sunday). * Tight end Jordan Reed led the Redskins with nine receptions for 120 yards with a touchdown. *

The 100-yard receiving game was the third of Reed's career and his first of the season. It was the first 100-yard receiving game by a non-running back for the Redskins since Week 16 last season (DeSean Jackson vs. Philadelphia). * In two career games against Chicago, Reed has now caught 18 passes for 254 yards with two touchdowns, exceeding the 100-yard mark in both contests. * Reed scored on a five-yard touchdown pass from Cousins in the third quarter. The touchdown was Reed's seventh of the season and 10th of his career. * Cousins added a three-yard touchdown run in the second quarter, his fourth rushing touchdown of the season and of his career. * The Redskins opened the game with a 15-play, 80-yard scoring drive, culminating in a one-yard touchdown plunge by Morris. *

Nose tackle Terrance Knighton registered his first full sack as a member of the Redskins, dropping Bears quarterback Jay Cutler for a seven-yard loss in the first quarter. * Linebacker Trent Murphy pushed his sack total to a career-high 3.5 sacks this season. On the play, he forced and recovered a fumble, his first forced fumble of the season and his second fumble recovery of the season. * Linebacker Ryan Kerrigan pushed his sack total this season to 7.5 with a sack on the Bears' opening drive of the second half.

. Punter Tress Way unleashed a season-long 64-yard punt in the second quarter, the third-longest punt of his career. 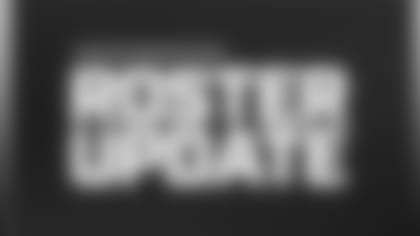 The Washington Football Team has announced seven players as inactive for its Week 7 matchup against the Green Bay Packers.

The Washington Football Team has announced six players as inactive for its Week 6 matchup against the Kansas City Chiefs.

While recognizing all Washington Alumni during Alumni Homecoming Weekend, the team will dedicate a lasting tribute to Sean Taylor and his family.