A list of stats and notes from the Washington Redskins' 35-25 victory against the Buffalo Bills at FedExField, as compiled by Redskins Public Relations. "Redskins-Bills Monday Stats Pack" is presented by BDO by the Numbers. People who know, know BDO.

Check out these top photos from the Washington Redskins' 2015 Week 15 matchup against the Buffalo Bills, Dec. 20, 2015, at FedExField.

The Redskins lost only six yards via penalty, the team's lowest charged penalty yardage total since Oct. 27, 2013 at Denver (five). * The win was the Redskins' first against an AFC opponent since Week 7 last season vs. Tennessee. * The Redskins earned their first victory against an AFC East opponent since Nov. 4, 2007 against the New York Jets. The win snaps an eight-game losing streak against AFC East opponents. * The game was a rematch of the Redskins' 37-24 victory in Super Bowl XXVI, one of 19 Super Bowl rematches the NFL is celebrating as part of the league's season-long celebration leading up to Super Bowl 50. * The Redskins snapped a six-game losing streak against the Bills, earning their first victory against Buffalo since Super Bowl XXVI. * The Redskins evened their all-time home record against the Bills at 3-3 and earned their first home win against Buffalo since 1990. * The Redskins now have 599 all-time victories, including postseason play.

Cousins finished the game with a passer rating of 153.7, one-tenth of a point shy of recording a perfect passer rating for the second time this season. * The 300-yard passing game was Cousins' sixth of the season, breaking the Redskins' previous team record of five (Sonny Jurgensen in 1967, Jay Schroeder in 1986, Mark Rypien in 1989). * Cousins now has 10 career 300-yard passing games, tied with Rypien for third-most in team history. * With his 14th completion of the day – an eight-yard gain to running back Matt Jones – Cousins broke the Redskins' franchise record for pass completions in a single season (327, Jason Campbell in 2009). Cousins finishes Week 15 with 336 completions this season. * Cousins extended his career-long streak of games with a touchdown pass to 14. He is the first Redskins quarterback to open a season with a touchdown in 14 consecutive games since Pro Football Hall of Famer Sonny Jurgensen in 1967. * Cousins remains as one of only four NFL quarterbacks to throw a touchdown pass in every game this season (Blake Bortles, Tom Brady and Russell Wilson). * Cousins (14) is now one game shy of tying Joe Theismann (15 in 1984-85) for the second-longest streak of consecutive games with a touchdown pass in team history. * Cousins became only the fourth Redskins quarterback since 1950 to record at least four passing touchdowns and a rushing touchdown in a single game, joining Trent Green (Nov. 22, 1998 vs. Arizona), Rypien (Nov. 10, 1991 vs. Atlanta) and Norm Snead (Oct. 28, 1962 at the New York Giants). * With four passing touchdowns in the game, Cousins (40) tied Robert Griffin III for the 10th-most career passing touchdowns in team history. He surpassed then-No. 12 Mark Brunell (38) and then-No. 11 Jay Schroeder (39) during the contest. * Cousins is the 11th player in team history to record 40 career passing touchdowns. * Cousins became the third Redskins quarterback since the 1970 merger to record multiple games with four passing touchdowns in a single season (Rypien in 1989 and Griffin in 2012). * Cousins pushed his passing yardage total this season to 3,625, which ranks sixth in a single season in team history. * Cousins has now recorded four consecutive games with a passer rating of 100.0 or better, the longest streak of his career. He is the third Redskins quarterback since 1960 to post a streak of four or more games with a 100.0-plus passer rating (Griffin, five in 2012; Rypien, four in 1988). * Cousins finishes the regular season home slate having thrown 232 consecutive pass attempts at home without an interception dating back to Week 1 vs. Miami, the longest such home streak in team history according to the Elias Sports Bureau. *

In eight home games this season, Cousins completed 192-of-257 passes (74.7 percent) for 2,170 yards with 16 touchdowns and two interceptions for a passer rating of 117.0. * With the Redskins' regular season home schedule now concluded, Cousins' 117.0 passer rating in home games this season was the best by a Redskins quarterback since at least 1950, surpassing the 111.8 mark set by Jurgensen in 1970. * Tight end Jordan Reed posted a team-high seven receptions, gaining 84 yards with two receiving touchdowns. * Reed pushed his season receiving touchdown total to nine, tying Jerry Smith (nine in 1969 and 1970) and Pat Richter (nine in 1968) for second-most by a tight end in a single season in team history. * The multi-touchdown game was Reed's third of the season, as he became the first Redskins tight end to record at least three multi-touchdown games in a season since 1967 (four by Jerry Smith) * Wide receiver DeSean Jackson gained a season-high 153 receiving yards on six receptions with a touchdown. * The 100-yard receiving game was Jackson's first of the season and the 27th of his career. *

Cousins' five rushing touchdowns this season tied Jameis Winston for second-most among NFL quarterbacks this season. * On the Redskins' third drive, Cousins connected with Reed for an 18-yard touchdown. The touchdown was Cousins' 20th of the season, marking the 22nd season with 20 passing touchdowns by a Redskins quarterback in team history. * The Redskins opened the game with touchdowns on their first three drives of a game for the first time since Sept. 19, 1999 in a 50-21 win at the New York Giants, a span of 268 regular season games. * In the third quarter, Cousins threw his third touchdown of the game, connecting with Jackson for a 77-yard touchdown. * The touchdown was Jackson's 20th career total touchdown of 60 yards or longer, tying Pro Football Hall of Famer Bobby Mitchell for third-most in NFL history. * The play was Jackson's 33rd career reception of 50 yards or more, the most by any NFL player since Jackson entered the league in 2008. * The 77-yard reception was Jackson's longest of the season and his first since an 81-yard touchdown at Philadelphia in Week 2 of the 2014 season. * The touchdown was Jackson's 10th as a member of the Redskins and the 42nd of his career. * Wide receiver Pierre Garçon recorded his fourth touchdown of the season on a five-yard pass from Cousins in the fourth quarter. * Running back Alfred Morris recorded a career-long 48-yard run in the second quarter. His previous career long came in Week 6 of the 2013 season at Dallas (45 yards). * The Redskins converted 7-of-11 third downs (63.6 percent), the team's best third down conversion percentage since Nov. 3, 2013 (70.6 percent vs. San Diego).

Check out these top defensive and special teams photos from the Washington Redskins' 2015 Week 15 matchup against the Buffalo Bills Dec. 20, 2015, at FedExField.

Defensive end Ricky Jean Francois recorded his first sack as a member of the Redskins in the second quarter, the ninth sack of his career. * One play later, defensive end Jason Hatcher recorded a nine-yard sack, his second of the season. * Linebacker Ryan Kerrigan recorded the Redskins' third sack of the first half, giving him a team-high 8.5 sacks this season and giving him sacks in consecutive games for the third time this season (Weeks 4-5 and Weeks 11-12). * On the play, Kerrigan forced the 17th fumble of his career, second-most in the NFL since he entered the league in 2011. * Cornerback Will Blackmon recorded the third sack of his career and his first sack of the season in the third quarter. * Linebacker Preston Smith recorded the fourth sack of his rookie season in the fourth quarter.

. Punter Tress Way unleashed a season-long 64-yard punt in the second quarter, the third-longest punt of his career. 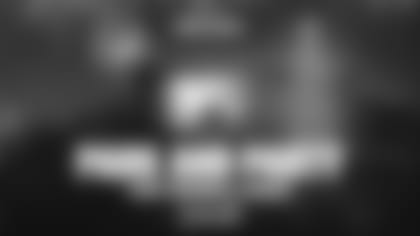 Washington Football Team announces Park and Party event at FedExField on Friday Night, Feb. 4 to celebrate the reveal of the team's name and brand

Park and Party tailgate event, sponsored by Bud Light, will feature films, fireworks, fanfare and more, and will headline a series of fan-focused experiential events and surprise moments throughout D.C., Maryland and Virginia beginning on 2.2.22.

The Washington Football Team has announced these players as inactive for its Week 18 game against the New York Giants.

The Washington Football Team has announced these players as inactive for its Week 17 game against the Philadelphia Eagles.