In today's Rewarding Moments In Redskins History presented by Maryland Lottery My Lottery Rewards, we look back at the Washington Redskins holding off a late comeback by a 6-0 Lions team with four Hall of Famers to win, 18-17.*

It's considered one of the 50 best Redskins games in the team's history.

](https://rewards.mdlottery.com/)The Redskins faced the undefeated Lions at Griffith Stadium on Nov. 11, 1956. At that point, the Lions had four Hall of Famers on their roster – quarterback Bobby Layne, linebacker Joe Schmidt and defensive backs Yale Lary and Jack Christiansen. This was a team that had won the NFL championship in 1952 and 1953.

The deck was stacked in their favor, you could say.

But Washington came out strong. They connected on a field goal to open the scoring and then rookie Dick James (pictured above) ran the ball 41 yards for a touchdown to give them a 10-0 lead.

Redskins great quarterback Eddie LeBaron passed away Wednesday, April 1, 2015, at the age of 85. Take a look through some of the nostalgic photos of his career in Washington.

Eddie LeBaron (far left) with teammates. LeBaron was drafted in the 10th round (123rd overall) in the 1950 NFL Draft by the Washington Redskins.

Eddie LeBarion posing with the tallest player on the Redskins in 1959, tackle Chuck Griffith.

Eddie LeBaron having a bite to eat. Over his 11 seasons in the NFL, the quarterback made four Pro Bowls and even converted on six extra point attempts for the Redskins as a rookie.

Headshot of Eddie LeBaron. In seven seasons with the Redskins, he recorded 59 touchdowns while throwing for 8,068 yards. He started 55 games for the Redskins between 1952 and 1959.

Advertising
This Ad will close in 3

Throughout the game, because of unsatisfying play and injuries, Al Dorow and Eddie LeBaron took turns at quarterback, and by halftime, the Redskins had managed to make it 13-3.

The third quarter brought its share of frustrations. The Lions drove down the field and scored a touchdown, thanks in part to a fourth down by the goal line that was overruled. The Redskins pushed back with a 75-yard drive of their own but instead of kicking a field goal on fourth down, they decided to go for it. They couldn't convert.

Then as the Lions began sputtering on offense, backed up in their own territory, Detroit head coach Buddy Parker called for an curious intentional safety, to give the Redskins a 15-10 advantage. Kicker Sam Baker pushed through a 31-yard field goal to up the lead to eight points with just minutes left.

The Lions hurried down field and rallied for an 80-yard touchdown drive. But their onside kick with a minute fell into the Redskins' Ralph Thomas' hands, thwarting the threat and securing the improbable 18-17 victory. 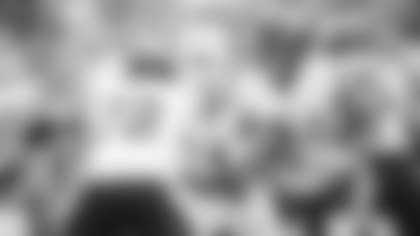 5 Takeaways From Washington's Loss To The Bills

The Washington Football Team travelled to play the Buffalo Bills and couldn't find its footing in a 43-21 loss. Here are five takeaways from the afternoon.

The Washington Football Team has announced five players as inactive for its Week 3 matchup against the Buffalo Bills.

WFT Daily: Jaret Patterson Is Excited For A Return To Buffalo

Patterson made a name for himself playing at the University of Buffalo. On Sunday, he'll return to a place he calls a "second home."